On July 3rd the boys new school had their annual Independence Day parade.  Mom met me and I took an early lunch break (how awesome is that?).  Saw was recovering from pink eye (they had both had it in the prior week) so he was not feeling 100%.  His class came before Braddock’s and he was smiling the 1st time around (the parade made 2 laps).  Braddock’s class came next and B was loving the attention (and he was marching with Elliot).  As soon as he saw us he came running and gave grandmama a hug and got back into the parade.  The 2nd go around Saw fell apart.  He knew he couldn’t hang out with us and he was so sad.  His teacher had to carry him part of the way.  We decided B was fine hanging with his class and having the planned pizza party but we took Saw home with us.  Mom took him to run errands while I finished my work day.  For the actual 4th, I worked 9 1/2 hours and didn’t miss much because we had a monsoon outside.  The rain let up enough for mom and I to take the boys to see our small town fireworks show that night.

Both boys in the parade: 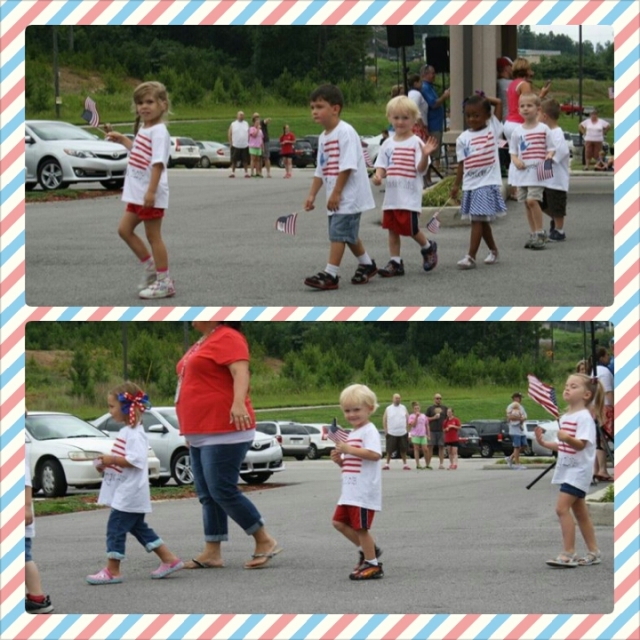 Elliot waving as B runs to hug Grandmama: 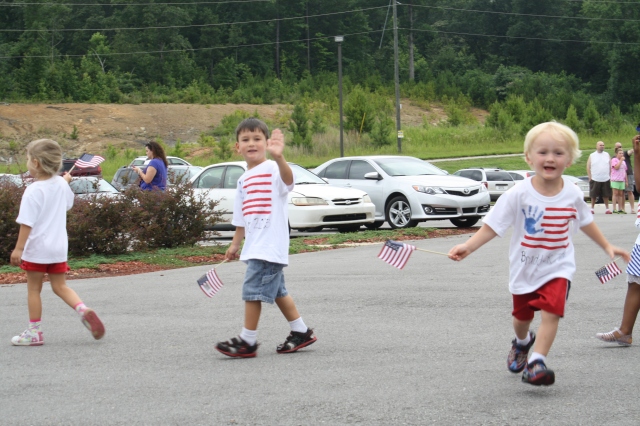 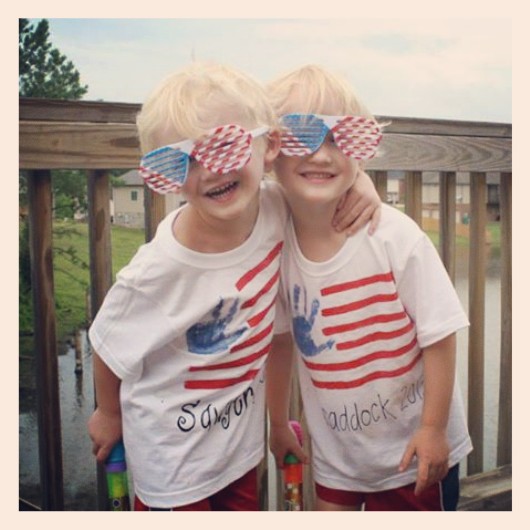 Though the boys are in separate classes, the teachers made a pic of the 2 boys together: 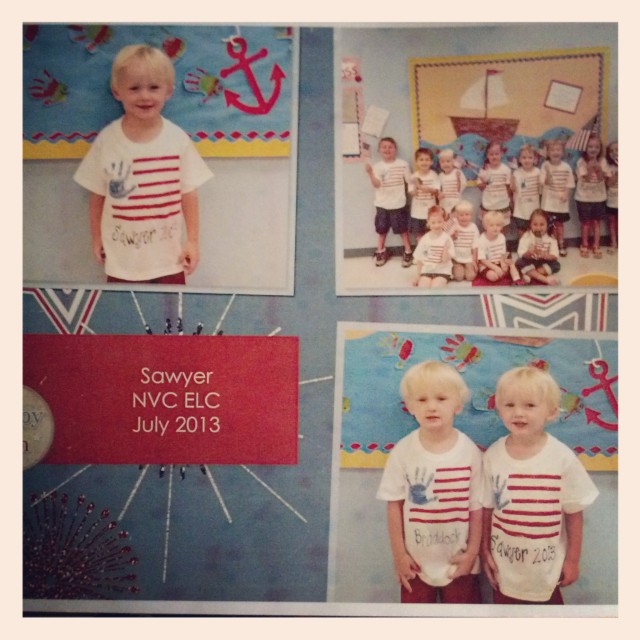 Fireworks in the driveway: 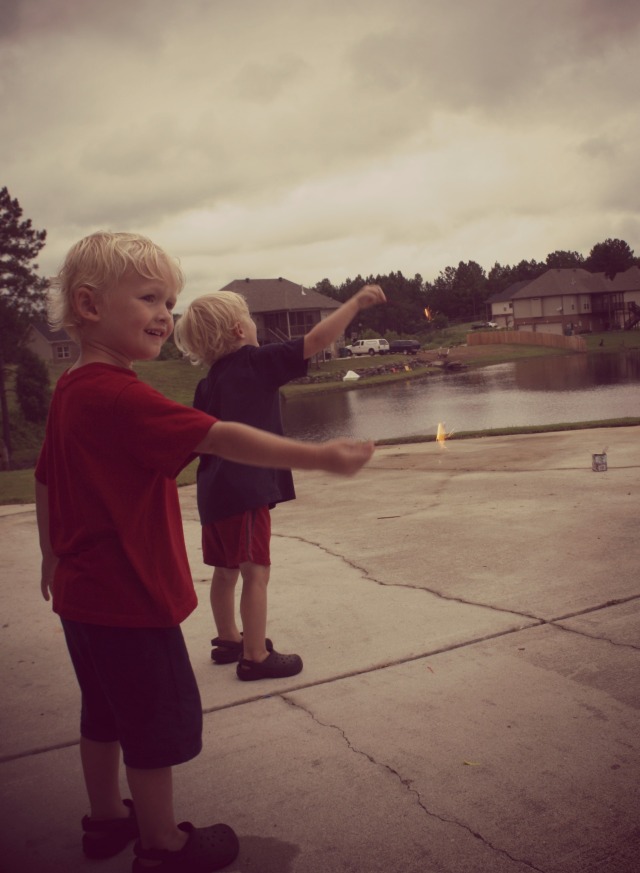 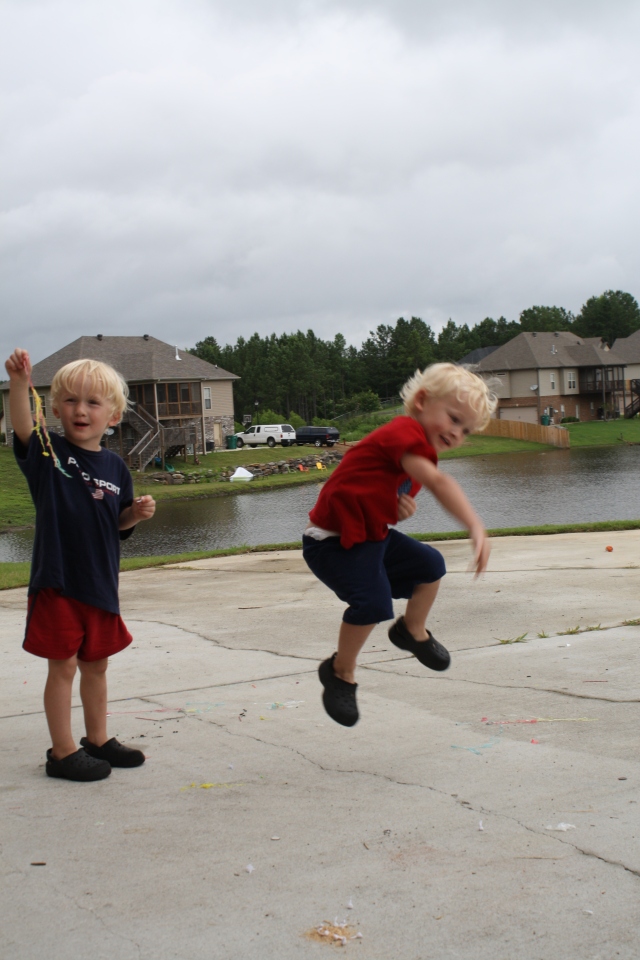 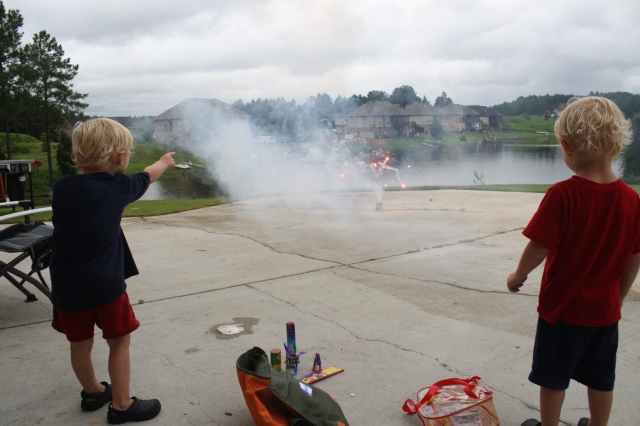 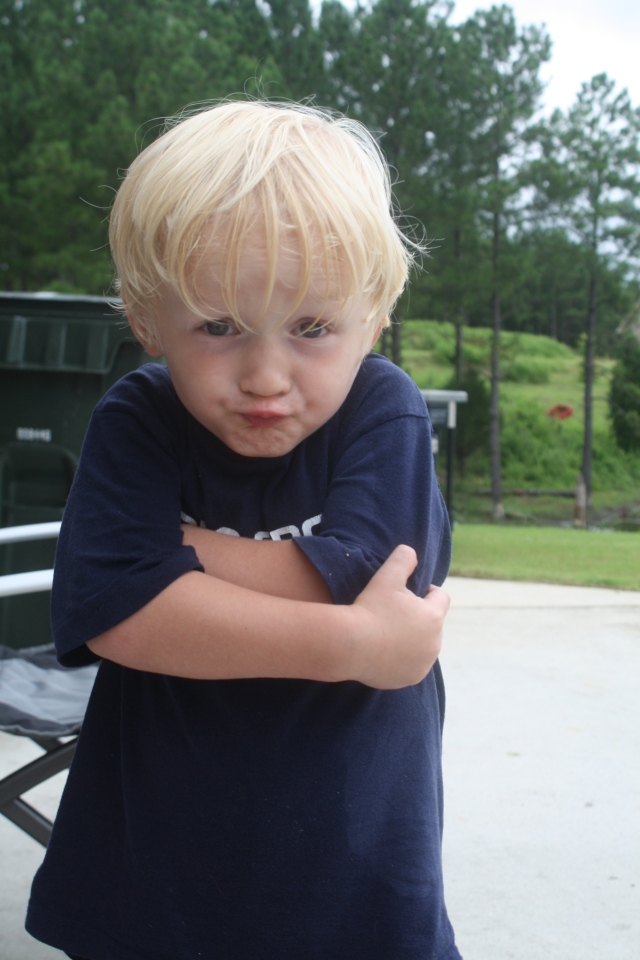 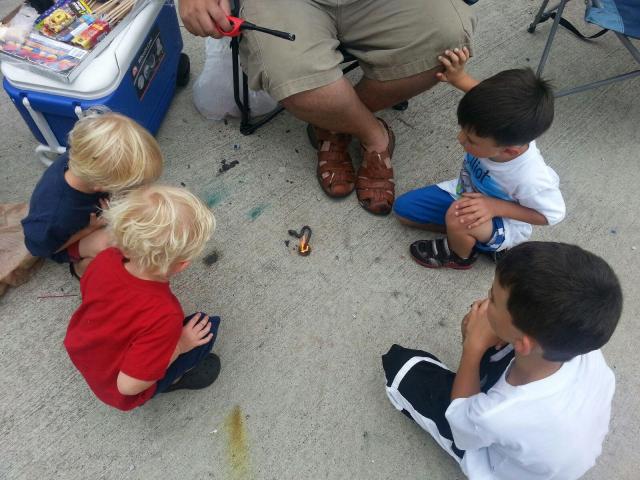 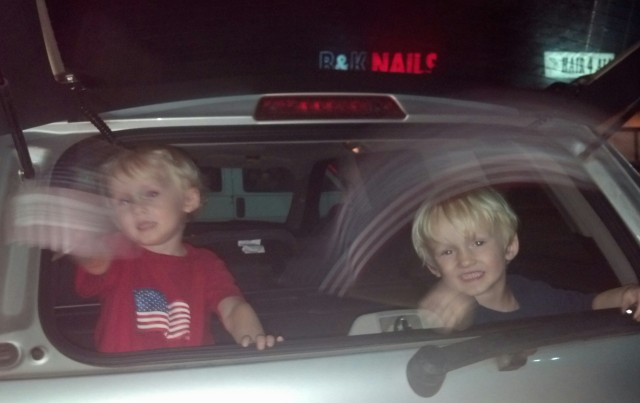