Posted on January 8, 2013 by twicethekisses

In July we purchased tickets our tickets for our train trip to The North Pole to see Santa.  You have to buy them that far in advance because they sell out in weeks, if not days.  We missed out last year and I vowed to myself not to miss it again.  Especially now that the boys have such a love for trains.

Our trip to the North Pole was scheduled for December 15th.

We met Nana and Granddaddy at the Heart of Dixie Railroad Museum.  Once the train pulled up Sawyer began shaking with excitement.  I know as an adult I was probably equally excited:)  The train ride was magical, and the excitement built for meeting Ol’ Saint Nick himself.  We sang songs and listened to stories being told.  We were informed that our train car would be the first to arrive at the North Pole and the first to meet Santa Claus (as we were the last train car).

Once we arrived at the North Pole and saw Santa, Mrs. Claus and elves waiting outside, an elf boarded our car and cave our souvenir stuffed Frosty the snowmen.  Then Mrs. Claus and Santa Claus made their entrance.  The boys’ faces were adorable (see pics below, there are tons, ha).   At some point the boys also received a souvenir key and then cookies and chocolate milk.  The boys had been obsessed with The Polar Express movie this holiday season so they were in awe that they were basically living the movie…dancing, singing, treats, and Santa on a train in their pjs, what could be better?

We will definitely make this an annual event!  Pictures are in random order…

Getting our tickets stamped: 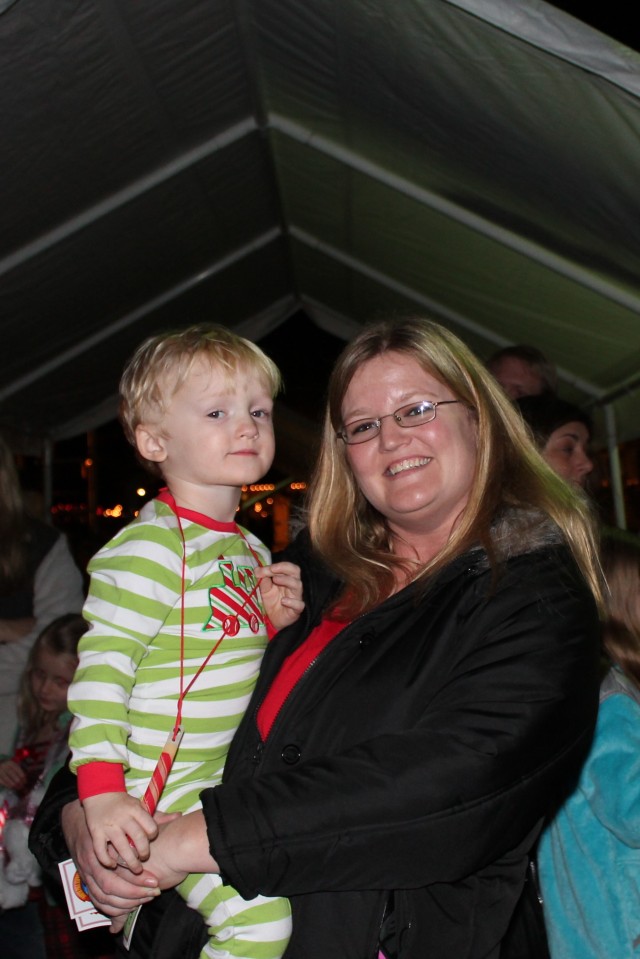 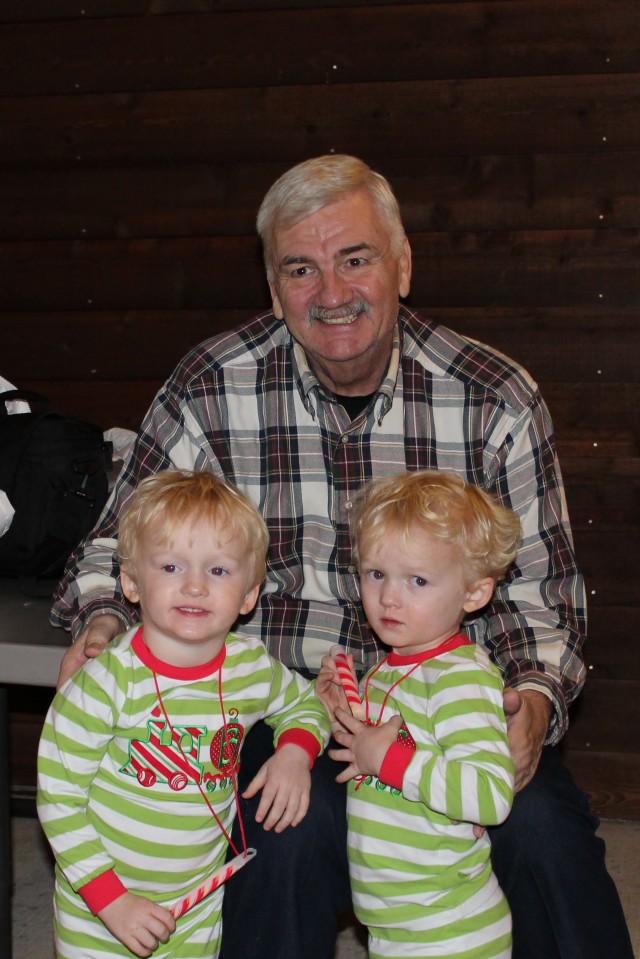 With Nana and Grandaddy: 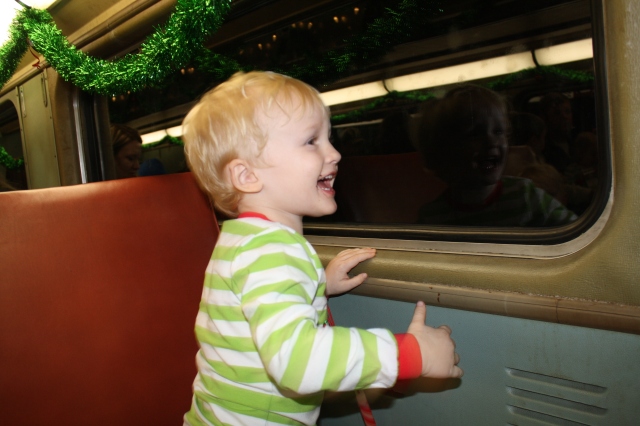 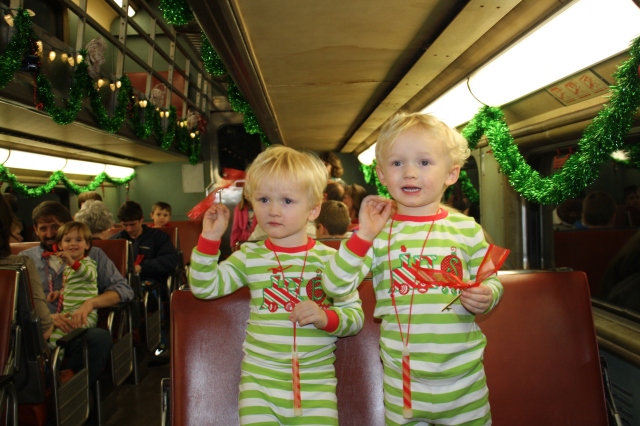 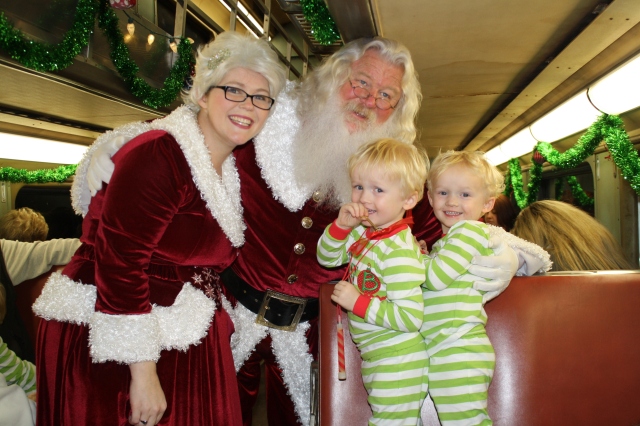 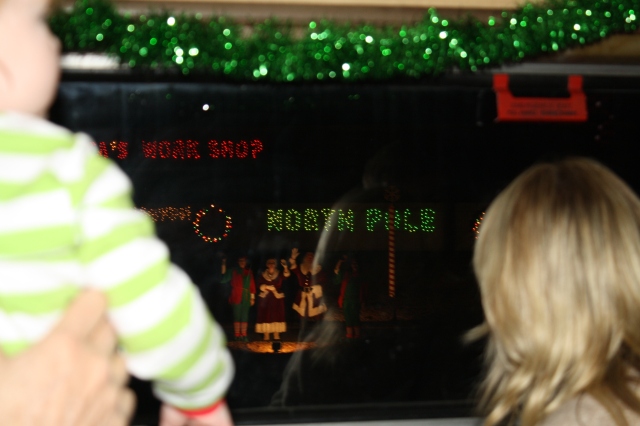 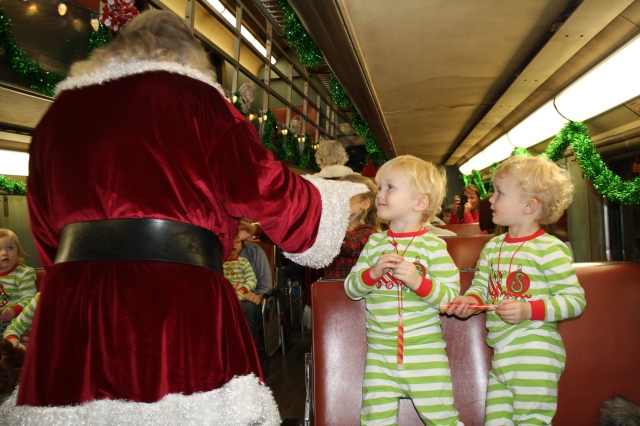