In Sickness and in Health

Posted on January 8, 2013 by twicethekisses

Those words are also in the vow of mommyhood.   There is nothing more pitiful than your child being sick and all the mommy hugs and kisses in the world cannot make them better.  We have had so much sickness since the boys started school.  I am told it will build up their immune system…well, I am ready for that to happen ANY DAY NOW.

Being a working mom is such a catch 22.  Because I work, they are in school.  Because they are in school they are sick wayyyy more often.  Because they are sick school does not want them there.  Then working Mommy has to find care for her sick children that would not even be sick if it werent for germy school.  All while still paying school to keep children who they wont allow there.  Thus working Mommy must keep working to pay for school.  I am literally at the after hours pediatrician every other Saturday if not more often than that, because taking them to the doctor during the week is almost impossible with work hours.

Early December we planned to travel to south Alabama to visit Doug’s family.  We look forward to these weekend visits as they are like mini vacations in the country.  I had pepped the boys up for an entire month about “riding horses at Aunt Jo’s house”.  It made it an even more important trip because Doug’s Paw Paw had just been released from the hospital.

But the Monday before the weekend trip B started acting sick with his mouth.  I spoke with the nurse who said it sounded viral and to give him Tylenol. Friday was day 5 and though I finished packing for our trip, Braddock did not improve.  So at the last minute we realized leaving Friday night was not an option for my sick baby.  The end result was Saturday Doug and Sawyer traveled south just for the day with Doug’s parents.  It was not fair for Saw to miss out on the fun b/c Braddock was sick.  And it allowed me time Saturday to take B to the MD as well as allowed them time apart with hopefully less chance of Saw catching this.  The final diagnosis on Saturday from the MD…Hand, Foot, and Mouth disease.  Apparently it is a Summer issue but they had seen 3 cases that week of it (I would be willing to bet they were from our school).  So the main concern was to keep him hydrated.  The Dr. said food could come later.   Afterward I took B to Target where he picked out any toy he wanted (just 1 since Christmas was close)and he got a slushee, one of the few things he tolerated with his sore mouth (he LOVED it).  Once home we decorated a huge gingerbread man and later we went to a local Christmas   parade with Grandaddy and Nana where B got to see horses, the Grinch dancing to Gangham style, and Santa Claus himself.

Sawyer riding horses and the cool gold-cart ride that Uncle Skip rigged up: 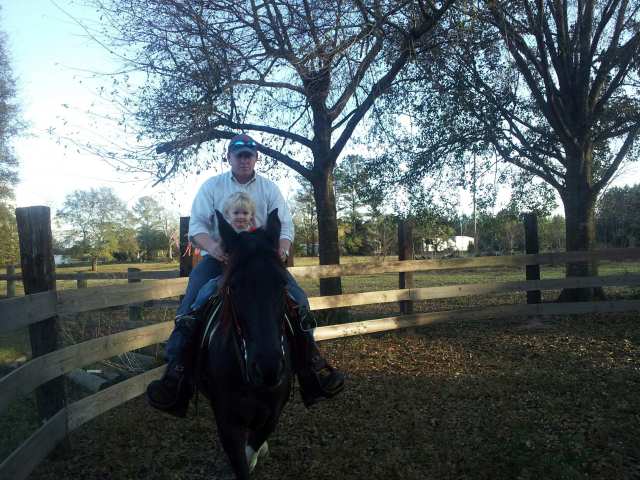 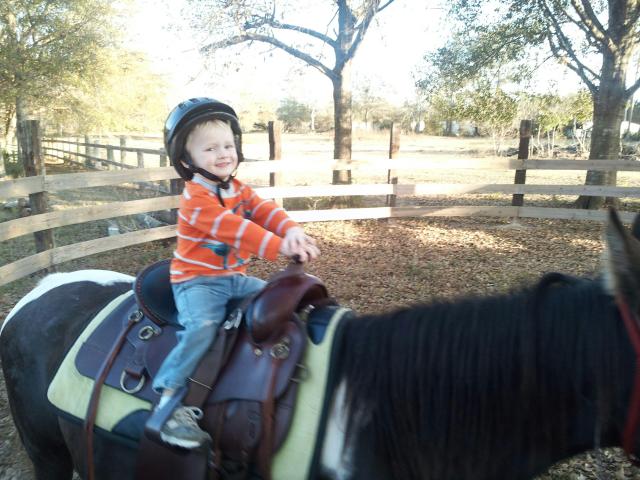 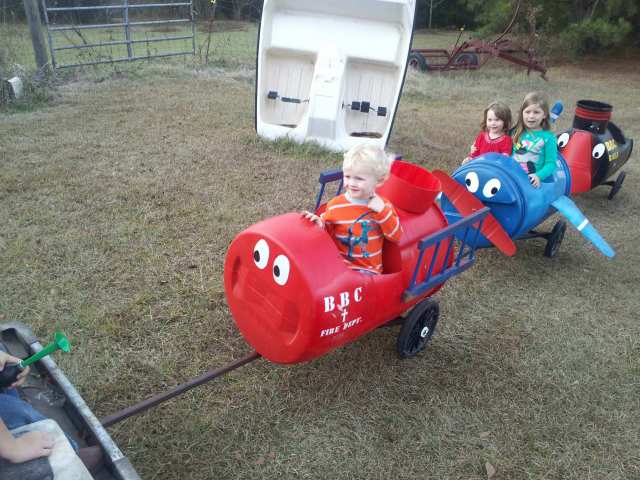 Poor B at the Dr with his mouth ulcers: 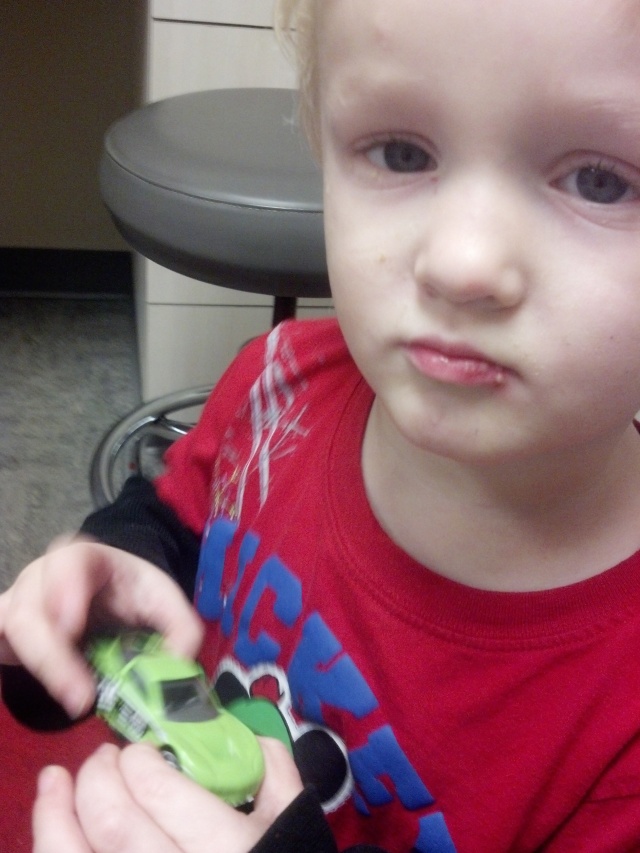 B with his prize Captain America and slushee: 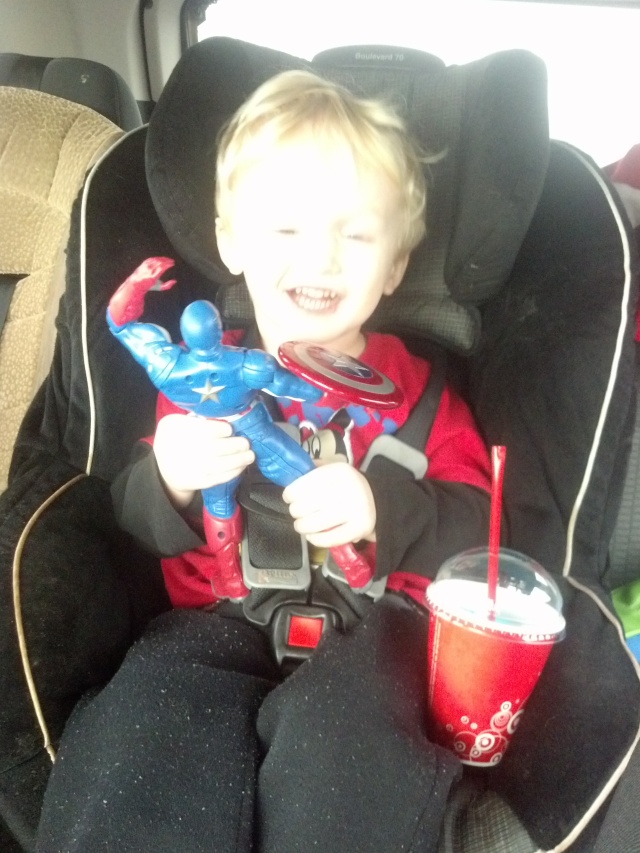 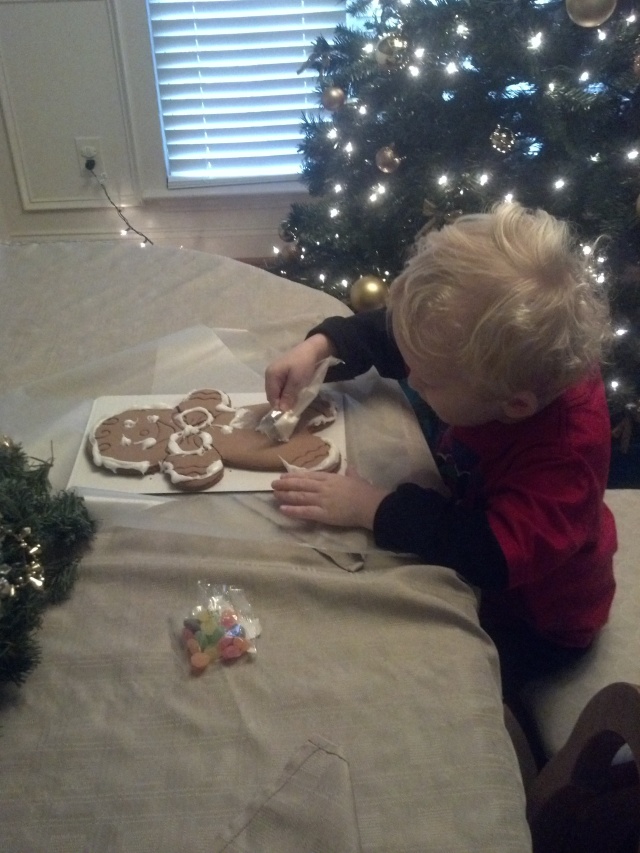 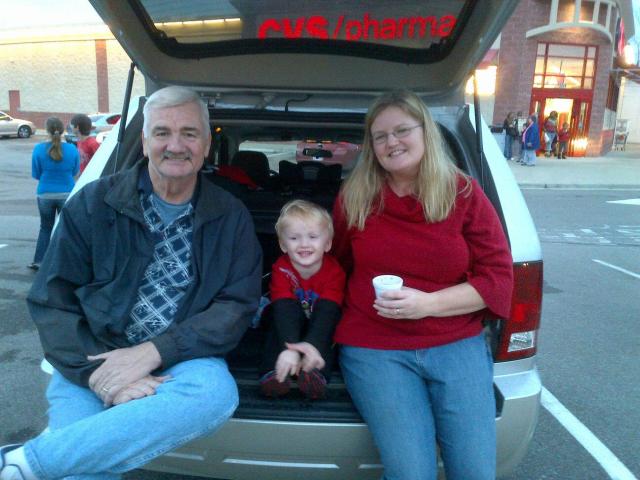 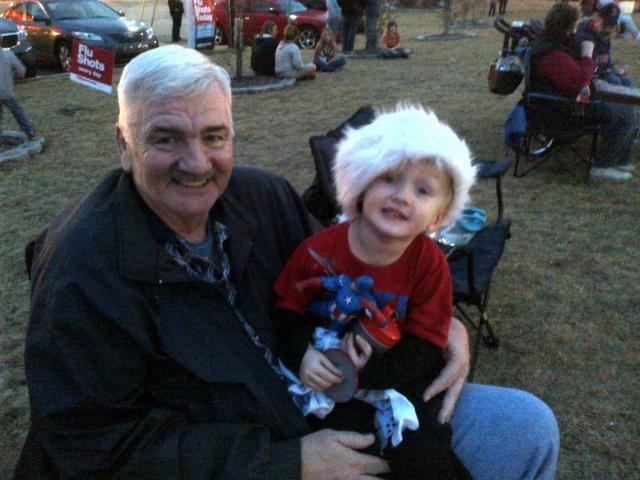 Christmas weekend I took the boys to the after hours pediatrician while Daddy worked to ensure their most recent sickness wasn’t the flu that is going around.  Thankfully our diagnoses were viral respiratory infection and an ear infection (poor B and his ears).  I did not want them down with the flu for Christmas.  And we have been back to the doctor once since then.  I shall call 2012 the “Year of the Sickness”.  Things can only look better for 2013, right?