My family had already began camping back at Noccalula Falls Friday night, while I stayed in town to work Saturday.  After work I met up with the fam at the Falls. We took the boys to the local fair that night, unsure of how they would react. They fell in love with the cars ride, and rode it twice. They also loved the mini ferris wheel, but Sawyer hated the super-jerky and fast pirate ships. His poor little head was being flung back so hard, and in 1 instant he unbuckled he and Braddock and broke down in tears. Doug had the guy immediately stop the ride, we all know I was slightly panicked over my boys being unbuckled…truly, those ships were going fast. Doug rode the carousel with them, though he hates going round and round. We had the same results as at the Zoo, they both ended up in his arms this time. He said it was the pull of gravity that the boys didn’t like on the carousel. It was still a success of a trip,and Daddy won them 2 balls (at an everyone wins game lol).

That night after the boys passed out, we enjoyed a nice campfire.  We could hear the Falls roaring as well as the lion that lives in the habitat at the park growling.  Apparently lions can be nocturnal.  I must say, that was interesting to be sitting in the woods listening to a lion continuously growl.

The Easter Bunny came early and left the boys some treats.  I look forward to the day when the boys learn the true meaning of Easter has nothing to do with a bunny.  The boys do enjoy all the toys and candy that the bunny brought them in their baskets though:)

Having SO MUCH FUN:

They liked the ferris wheel too:

On the cars, again: 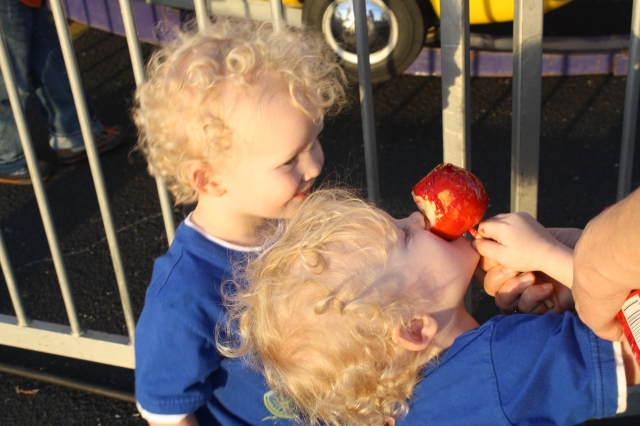 The reason Sawyer wanted off this boat ride…his poor head was snapped back continuously:

The carousel did not go so well…

This is how they began:

This is how they ended up:

The Easter Bunny came by the campground: 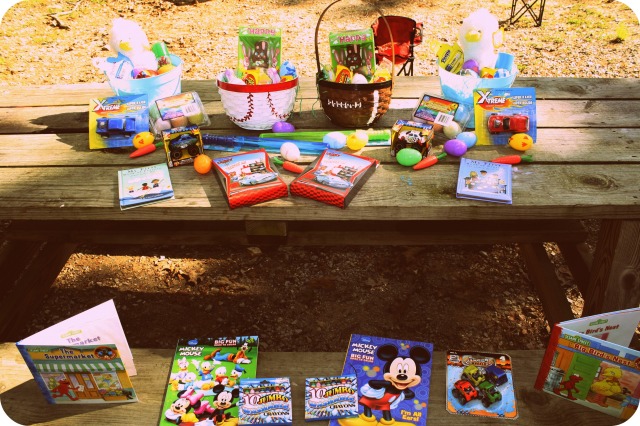 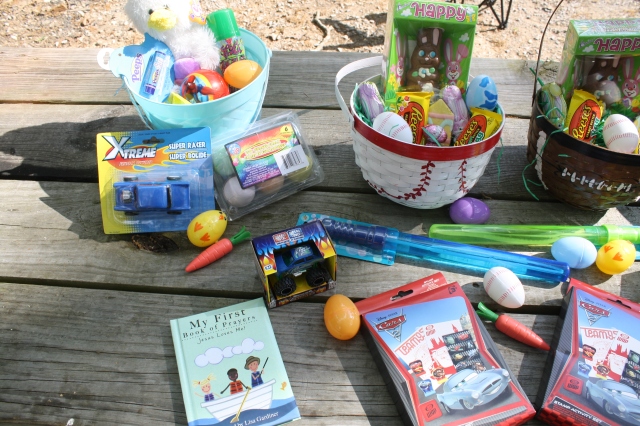 2 dirty boys playing with some of their Easter goodies: 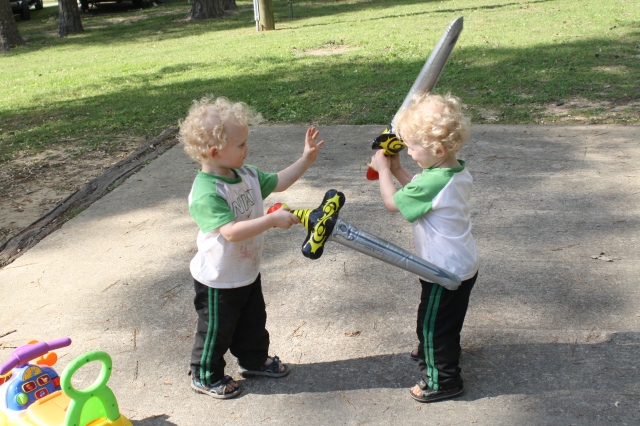 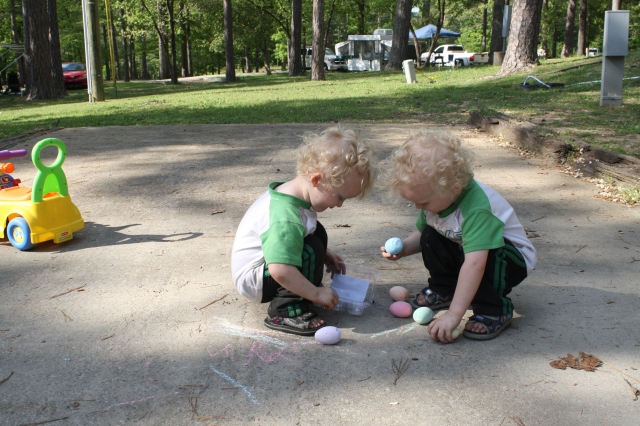 egg hunting in our pjs: